A therapeutic touch, the very first step to a healthy lifestyle 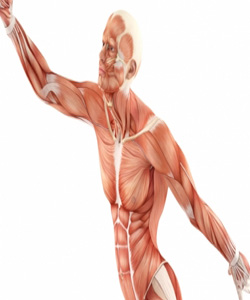 Massage is a healing art which has been around for thousands of years and the oldest record of massage is about 4000 years old. It is quiet natural to rub where you feel the discomfort or pain and it became a normal way of treating each other by massaging. Over 99% of the population out there must have experienced the benefit of massage at least once in their life time and they all know it works. Use of massage grew over the time based on tradition or what was perceived to be common sense because; it is something that works on your pain or discomfort. But those days are gone, no one buys anything any more unless they know what they are buying, how it works and why it works, thanks to google though.

Does it really matter if we understand the physiology behind massage therapy, I think so. As a therapist, I have to be sure that the claims I make to my clients are truthful. The transition of massage to massage therapy as a treatment forced that profession to be more evidence based practice. There are tons of studies and researches available within last couple of decades and it is not a myth anymore that massages therapy works.

Recent researches at McMaster University reported that deep Massage Therapy actually causes muscles to enlarge and grow new mitochondria. Mitochondria, the powerhouses of our cells, are responsible for converting nutrients into useful energy for muscles to perform.
The researchers had men to have Swedish-style deep-tissue massage on one leg for 10 minutes. Muscle biopsies were taken from one quadriceps muscle before and after massage therapy and again two and a half hours later. Massage Therapy increased the size and number of new mitochondria. Increasing mitochondria can improve endurance performance by increasing the rate that muscles can utilize oxygen.

Cortisol is produced in the human body by the adrenal gland. Cortisol is released in response to stress and can drive up blood pressure and blood sugar levels and suppress the immune system. Elevated levels of cortisol, if prolonged, can lead to proteolysis and muscle wasting.

A review of more than a dozen massage studies conducted by the Touch Research Institute at the University Of Miami School Of Medicine concludes that massage therapy relieves depression and anxiety by affecting the body’s biochemistry. In a series of studies including about 500 men, women, and children with depression or stress problems, researchers measured the stress hormone cortisol in participants before and immediately after massage and found that the therapy lowered levels by up to 53%. By decreasing cortisol level, you are actually helping your body in many ways such as decreased stress, decreased blood pressure, decreased sugar level, optimal immune system functioning and increased muscle performance.

Massage Therapy for lower back pain

Low back pain is a huge health problem, and massage therapists claim to get good results when treating low-back pain. It is not a myth anymore. Over 20 years, an accumulation of scientific evidence has been adding up to a nice conclusion by Furlan in 2008 proofs that massage therapy does work on low back pain. The glowing conclusion was based on 13 trials (about 1600 participants). Also the largest study of massage for low back pain ever done was published in 2011, and its very credible authors — medical back pain experts Daniel Cherkin and Richard Deyo did conclude that massage therapy works on back pain and the benefits are lasting over 6 months.

More than anything, ask yourself and listen to your body. Can you name a natural therapy with scientific evidence which gave you an instant relief other than Massage Therapy?

HOW TO SAFELY VISIT YOUR RMT AMID COVID

Do you suffer from Tension Head Ache at work?

Are you in pain after you exercise?

HOW TO SAFELY VISIT YOUR RMT AMID COVID

How to manage heel and foot pain?

Prevent neck and back pain while working from home

A winner of the 2015 Patients’ Choice Awards for Toronto Physiotherapist
Verified by
Opencare.com

Did you know most insurance companies and progressive extended health coverage cover up to 100% of any type of physiotherapy, Chiropractic and massage therapy treatments from a Registered Therapist? Using your benefits wisely throughout the year can keep you healthy forever. Please refer your insurance policy now!